Follow our team as they execute premium technology solutions for business in the United States and abroad. Our updates here will highlight the breadth of MB4 event productions from live stream and webcast production to our elegant audiovisual implementation. We believe in event production that combines innovation, efficiency and quality. Check in often to view images, insights and event technology news from around the globe.

This week I’d like to liberate my thoughts about the iPhone 12. You can consider it this an analysis more than a review, for lack of a better categorization. To start, I don’t intend to fall into the tribal game of Android vs. Apple in writing this, so this is the last mention of Androids you’ll see in this blog.

One more disclaimer, I have the iPhone 12 Mini, which you’ll find I am completely biased towards. There is a notable size difference between the mini and the other 12’s on the market, and some smaller differences that I’ll touch on later. However, the mini is otherwise similar to its larger counterparts making it suitable for this overview.

iPhone 12 sales have been phenomenal. After closing out a meeker 2019, Apple found success by introducing an exciting new phone unusually late in the year for 2020. By re-vamping the rounded design that had grown a bit tired (from iPhone 6 -11), they actually saw their best sales to date over the last few months.

Sadly, the iPhone 12 Mini accounted for just a small percentage of those sales. It will likely be seen as a tiny failure, pun intended. This does make me sad, because it means Apple will likely not continue to push out smaller phone options.

Steve Jobs famously believed smaller phones were the optimal choice for end users. Having the ability to reach your thumb across the width of the display (the thumb zone) is important. I have always agreed with Steve about this. But I know that him and I are now in the minority with that opinion, seeing how many consumers love their large phones. For now, I’ll just relish my tiny phone while I can.

The list of new iPhone 12 features has been hashed out pretty well by various sites, but here is a quick look at some of the new bells and whistles you can expect:

I actually keep 5G turned off because when my phone does pick it up, any data that was loading on my phone errors out. The services don’t seem to be fortified, and simply don’t work. This will take time, the same thing happened with LTE. Still, this is a carrier issue, not an iPhone issue, so this isn’t a knock against Apple. In fact, I’m glad the feature is ready and waiting for when the time eventually comes.

Camera: I think everyone is a little fatigued from hearing how amazing phone cameras are. But let me tell you, this phone camera is amazing. My last camera on the iPhone XR left little to be desired, and I was terminally unhappy with it. So this was actually my top priority in upgrading. It’s a 12 megapixel camera, which looks fantastic. But it also features a large f/1.6 aperture that allows for great low light pictures. I’ll be honest, the reason I needed a better camera was to take portrait photos and low light photos for my dog’s Instagram account. And I am finally satisfied with the results. 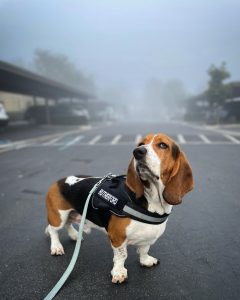 Design: The big design upgrade on the iPhone 12 is actually a throwback. The squared edges of this phone are seemingly an homage to the iPhone 5. I’m not sure how intentional this was, but I was so happy to see it. The iPhone 5 was sleeker than the rounder generations that followed it. And I’ll still own that claim nearly decade later. So this is a welcome throwback as far as I’m concerned, even if some cynics do consider it a cop out.

On top of that beautiful styling, we get fun color options now. I chose the light green and haven’t tired of it yet. Although, most phones end up hiding behind a case. So color is not the most pressing matter unless you’re brave enough to let your phone go commando. (I won’t dive into why I don’t like clear cases, but they’re lame.)

Durability: Speaking of going commando, the iPhone 12 is durable! How can I say this so confidently? Well, I don’t run science experiments like those YouTubers who throw their phones into molten hot mayonnaise. But I can say that as a certified clumsy person, my iPhone 12 mini doesn’t have a scratch on it. To put this into context, my previous phone needed a shattered screen replaced after just two months. Any phone that ends up in my possession will not lead a delicate life, but the 12 has withstood that fact valiantly.

MagSafe: Internal magnets in each model of the 12 allow for quick wireless charging if you choose to purchase the large disc shaped charger. I don’t have that charger yet, so I don’t have much input. I prefer to charge by cable so I can use my phone while it’s juicing up, but my understanding is that people have been very pleased with the ease and speed that MagSafe charges with.

One word of warning: there are legitimate medical alerts that have been issued warning people to avoid holding an iPhone 12 near your chest if you have a pacemaker or internal defibrillator. There is a possibility for the magnets to interfere with those types of devices. But I am not a doctor, so this is not an official medical warning, just a PSA that there are medical warnings about this. In other words, if you have a device in your heart, do your research before getting an iPhone 12!

Differences Between Mini and Standard

To get back to the differences of an iPhone 12 mini vs an iPhone 12, there are a few factors to take into consideration if you’re debating between the two.

First, the battery is smaller in the mini, and it does die faster. On the flip side, the 12 and 12 mini support 20W USB-C charging, so that lost battery can be gained back rapidly. This smaller battery also ends up inadvertently challenging me to use my phone less frivolously in an effort to try and save it. And that’s a good thing… right?

Second, I predicted that reverting back to a smaller keyboard would cause an abundance of typos, and the prediction couldn’t have been more correct. My typos are well beyond what Siri can save. Sometimes I can’t even decipher it! So this is partially my fault for being a bad phone typist, and partially Apple’s fault for forcing me to get used to a big keyboard and then giving me the option to revert back to something smaller. How dare they try and make me happy!

Now, if you go with one of the larger iPhone 12’s, you don’t need to take the above differences into consideration. But just some food for thought if you want to keep your phone pocket sized.

That being said, this phone is my 5th iPhone and the best one I’ve had. Even 4 months later it still has an exciting novelty effect that none of my previous phones maintained for this long. I would encourage anyone who’s considering it to try it out. And if any part of you wants your phone to fit in your hand and in your pocket once again, take the extra plunge and go for the Mini!

← Prev: Zoom Tips and Tricks Next: Goodbye to Fry's →

This error message is only visible to WordPress admins

Please go to the Instagram Feed settings page to create a feed.

How can we help?